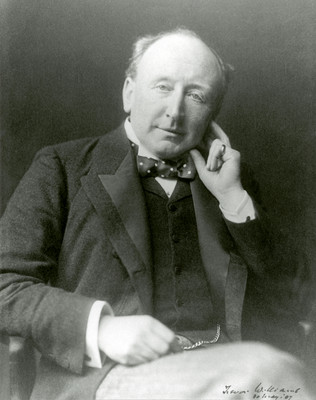 The American, who was William Owen Barry, was not there to dance. He had moved across from the US to set up a new company. In fact he was seeding a new industry that did not yet exist in the UK; sound recording. He needed investors and had presumably taken rooms at the expensive Cecil in order to suggest the seriousness and potential rewards of his business proposal.

He was pacing up and down the room as he waited to meet a potential investor; Trevor Williams (or to give him his formal Edmund Trevor Lloyd Williams) was a Welshman from North Wales who worked as a solicitor at Lincoln’s Inn and impressed by the new technology and had a yen to invest.

But the American needn’t have worried. The Welshman had formed a syndicate to invest $5,000 to secure the European rights to the new fangled Gramophone. They shook hands on a deal and agreed to work together to establish and grow this new business. They would reconvene in the New Year to dot the i’s and cross the t’s and formalise The Gramophone Company. Possibly a glass or two were taken? Maybe a cigar smoked? And then the Welshman would have stepped outside onto the teeming Strand, back into the bustle of the city at the centre of a huge empire, at the peak of the Naughty Nineties, head spinning with the new business opportunity…

Mwy o’r stori: “A Welshman and an American went into a hotel. They came out as employees #1 and 2 of the UK recording industry” ac hefyd delweddau o’r swyddfeydd The Gramophone Company.